We had a fantastic afternoon playing maths games!

We welcomed our parents and showed them how to play the different maths board games. They stayed and played the games with the children and their families.

The children played lots of games like snakes and ladders, ladybird dominoes, the Shopping List game, the Scaredy Cat Counting game, High Seas Adventure board game, Connect 4 and some other fun number games.

One parent said, "It was very enjoyable and it was a good way to learn because it was also fun."

Another parent said, "We are going to make some maths games at home."

It was a great success and we are glad the session has inspired you to play more maths games at home.

We hope to be able to run this session again in the future. 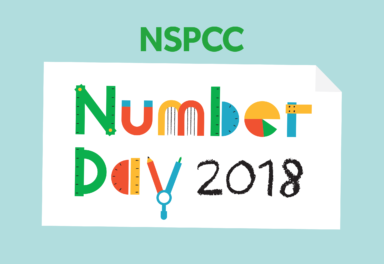 Every February we take part in the national maths event Dress up for Digits where we in the past we have raised almost £300 for the NSPCC. Thank you for all your continued support. The children really enjoy the day and love having fun with numbers. Some previous activities have been a number hunt around the school, playing maths puzzles and games and using numbers in sport.

George said, " My mum made a t-shirt with numbers on in different colours  for me and my brother and sister. "

Sofia said, "I enjoyed the number hunt on the yard because it was fun."

Amy said, " I liked playing darts and you had to add the numbers up in your head.  I will play that at home. "

Eva-Grace said, " I wore a t-shirt with sparkles and numbers on. We had number ducks in the water. That's why I loved number day."

Eliza said, " We played some good number games in P.E."

Our design a maths game competition was a great success with about one hundred entries! The children had lots of fun with their families to design and create a game. We had a showcase so everyone could see how amazing they were and we held an assembly to present certificates and prizes to our winners.

Jennifer said, "I enjoyed making it with my mum."

Mikey said, "I liked how the board games were all different."

Paula said, "I played my game with my mum and I kept on winning."

Poppy said, "I used lots of fun things to make my game."

We use necessary cookies to make our site work. We'd also like to set optional analytics cookies to help us improve it. We won't set optional cookies unless you enable them. Using this tool will set a cookie on your device to remember your preferences.

Necessary cookies enable core functionality such as security, network management, and accessibility. You may disable these by changing your browser settings, but this may affect how the website functions.